Olympics games are the pinnacle of an athlete’s career. Everyone wants to be part of one, and everyone likes to win a medal. The modern Olympic Games are held every four years since 1896 (a few were skipped due to two world wars). The next event will be held in Tokyo in 2020.

You don’t need an expert to tell you that qualifying for the Olympics is extremely hard. Athletes train for years, if not their whole life, so they can meet the Olympic norm and be at the most important sports muster in the world.

However, some sports are easier to qualify for than others. While the path will still be painful and hard, here are some of the games where even an amateur might have a chance. 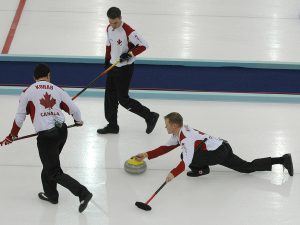 Often considered one of the most boring sports in the world, curling is a winter Olympic venue officially included to the games in 1998. If you ever had a job of sweeping floors at a local restaurant from 9 to 5, a position might be open for you on your national team (if your country even has one). Namely, there are three positions on each team. One involves a person releasing a sliding stone, and two more need to sweep the ice making the stone slide faster or slower.

While curling still requires some athleticism, being a coxswain on a rowing team requires virtually none. A coxswain is basically an instructor to the rowers. You still need to know what you’re doing, but it only requires learning rather than any physical activity. Being skinny and short is actually an advantage for this position, so you don’t put any additional weight on your crew 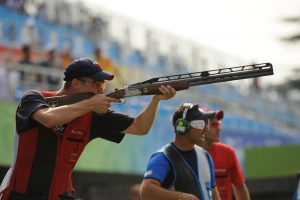 If you live in a country (or a state) that allows the possession of firearms, you probably shot a few times from a gun in your life. If you’re any good at it, who knows, you’re maybe good enough to be an Olympian. Shooting is all about precision and concentration, with almost no physical aspect to it. Seriously, some professional shooters look nothing like other athletes, as many of them don’t have big muscles, and some are even overweight. On top of that, you don’t need to be young to participate. The oldest gold medalist at shooting was 60 years old. 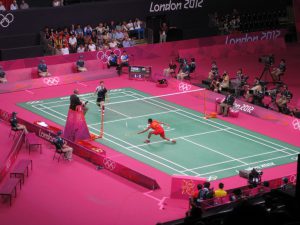 Archery is similar to shooting in a way. The goal is to hit a target; however, you need to use a bow and arrow instead of a gun. You will still need a lot of practice and patience, but you will rarely break a sweat. Again, you don’t need to worry about age. As long as you have a sharp sight, you’re good to participate.

Badminton is not necessarily easy, but you can say that it’s a much easier version of tennis. The strategy is more important here than athleticism. That means that you can be better off at this sport if your smart rather than athletic.