Haiyah! Martial arts is one of the most awesome topics explored in blockbuster movies. Although they evoke childhood memories for most of us, many grownups still enjoy watching this genre. Without further ado, here are our top 10 picks for martial arts movies.

Jackie Chan is a natural-born talent when it comes to mixing action with comedy. In Drunken Master, Jackie plays as Wong Fei-Hung, a troubled youngster whose father thinks he needs discipline in life, so he sends him to Beggar So, a drunken martial arts master.

A classic story of a man on a mission to avenge his father’s death. Jie Yuan, played by Jet Li, takes upon learning martial arts in a Shaolin temple where he also falls in love with the master’s daughter. 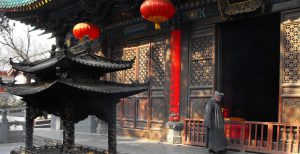 While most martial arts movies feature Asian protagonists, one of the biggest in the genre is the Belgian kickboxer and actor Jean-Claude Van Damme. The 1988 film called Bloodsport is about an American military serviceman who decides to leave the army to follow his dream of competing in a martial arts tournament.

Packed with gravity-defying special effects, this is the best movie that mixes martial arts with fantasy. It’s a story about a woman who steals a special sword and takes upon an adventure full of romance and action.

One of Quentin Tarantino’s best creations, Kill Bill is a story about a woman who wakes from a long-lasting coma, seeking for revenge of her betrayers. The movie also has a sequel, Kill Bill: Volume 2.

You can’t talk about martial arts movies and not mention the one and only Bruce Lee. Also known as The Chinese Connection, Fist of Fury is yet another classic story of vengeance, where a young man seeks justice for the death of his teacher.

If you’re for something more modern, The Raid is the film to watch. It tells a story about an Indonesian S.W.A.T. team trying to take down a building full of thugs run by a ruthless crime lord.

The story of Ip Man takes place in 1937 Japan. After an invasion of the country, a man is forced to leave his home and takes upon teaching the self-defence form of martial arts called Wing Tsun. The movie also has a sequel that came two years after the original’s release.

Apart from being an action movie, Once Upon a Time in China is also a biography of a man called Wong Fei-Hung who uses martial arts to fight off foreign forces who are trying to take over his country.

Bruce Lee takes a job of a spy to take down an opium drug organisation by entering a martial arts tournament. Apart from the spying mission, Lee’s job is two save two Vietnam vets who are on the island as well. 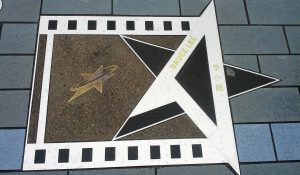