2018 has already been a great year at the movies, but there are plenty of excellent forthcoming movies, sequels, prequels, and reboots anticipated for 2019. Looks like it’s going to be another exceptional year at the movies as the entertainment industry has made a lot of big plans for the audience next year. 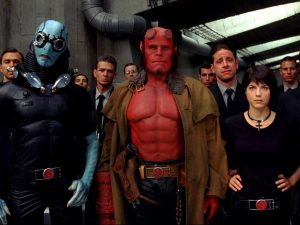 Perhaps it seemed impossible to make Hellboy reboot since it will be very troublesome to improve the original two takes, but it will most likely be a huge hit considering that a lot of big names are involved in the film. It’s most likely that the movie will be a bit more “pitch black”, focusing more on the Hellboy’s struggles rather than the plot.

The movie will be distributed by Lionsgate, directed by Neil Marshall (The Descent), and the main cast will consist of David Harbour and Mila Jovovich. With all these names bound for the movie, it seems that another blockbuster is coming to our big screens.

The newest volume of the X-Men saga as the story follows Jean Gray (Played by Sophie Turner) with a full display of her powers in an outer space rescue mission. With a solar flare hitting her ship, there will be a towering twist that will irreversibly alter the course of the franchise.

The story will mainly be an adaptation of the comics “Dark Phoenix Saga”, with some things slightly diverging from the comics. There will be a couple of characters from the original story such as Mystique (Played by Jennifer Lawrence) with the addition of some unknown villains.

Sequel to the Keanu Reeves Hitman movie is coming to the big screens in 2019. After a $14 million contract has been made to have him either dead or alive, Wick has to survive constant attempts of assassinations from all sides. This time around, he will get some help from Sofia (played by Halle Berry) who will tangle up with him as the tensions rise.

Some familiar faces will appear too; Ares (played by Ruby Rose), Bowery King (played by Lawrence Fishburne), all of whom are confirmed to return for John Wick 3. 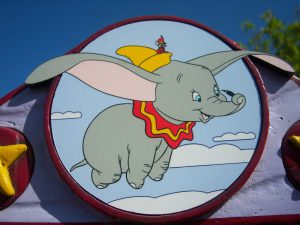 As Disney proceeds with making live-action remakes of their classic animated features, Dumbo is next on the list. With Tim Burton directing the movie, it is most likely that the simple story will be completely renovated and taken to different directions. Burton is known to create some visual pieces-of-art, so we can only assume that some of that magic will be at the forefront of Dumbo. 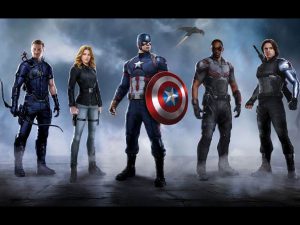 A duo of Charlize Theron and Seth Rogen are teaming up for Flarsky, a comedy that will be aired somewhere in June 2019. Fred Flarsky (played by Seth Rogen) is an unemployed journalist, continually being self-destructive, who finally decides to pursue his former crush and his old babysitter, played by Theron. But there is a small glitch – she has become one of the most powerful and dominating women in the world. We can only imagine how his pursuit will end.

The fourth sequel which will probably end the Marvel Phase 3, will most likely result in a few characters deaths. With an almost unlimited budget, Avengers 4 will undoubtedly be epic, and can’t-miss adventures of the year.