Science fiction movies are full of made up life forms, languages, and cultures. However, most sci-fi characters still resemble humans in their behaviour. Just like we spend our leisure playing different card and board games, like the best online poker games, sci-fi characters often have their own fictional tabletop entertainment. So, let’s see what are some of the most famous games of this kind portrayed in the genre. 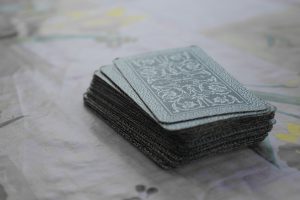 Space voyage seems like an ever-exciting adventure, but an average crew on a spaceship still has a lot of free time on their hands. Firefly is a TV show taking place in the year 2517. Apart from fighting off enemies and evading galactic authorities, the crew members onboard Serenity like playing a particular game in order to kill time.

The game they play is called Tall Card, and it consists of a card deck and a few coaster-looking pictures that have different fruit on them. Original creators of the show don’t give much clue as to how the game is played. However, inspired by the show, some people made the actual game with established rules that you can now purchase.

If you’re a fan of Battlestar Galactica, you may have noticed that the characters are sometimes playing a game called Triad. Roughly speaking, this game can be described as a space version of poker. The hexagon shaped cards have different symbols and colours that each have their own value.

Of course, hardcore fans made several versions of the game, with their own set of rules. The rules are mostly taken from poker variants such as Texas Hold’em and Hi-Lo. 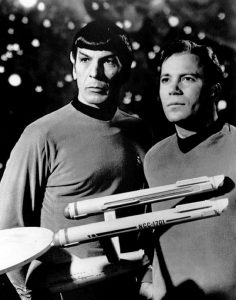 The crew members of USS Enterprise played a bunch of games in the Star Trek series. Apart from five-card stud poker and 3D chess, one game, in particular, is totally made up and it carries the name “Fizzbin”. Captain James Kirk actually invents the rules of the game as a clever plan to distract the captors and free McCoy and Spock. The game appears in The Original Series episode called “A Piece of the Action”, although it’s mentioned once again in the Deep Space Nine episode “The Ascent”.

Fan-based Memory Alpha portal even wrote down the approximate rules of the game by picking up information from these episodes. 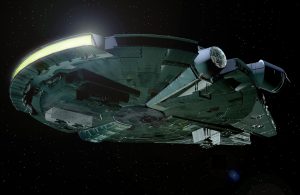 This a card game which won Han Solo the Millenium Falcon, and it’s arguably the most popular game in the Star Wars movie franchise. It is played with a 76 card deck that has 60 standard cards with four different suits (although not with regular numbers, symbols, or suits like the “Earth” cards), and 16 special cards.

Unlike the other games we mentioned so far, Sabacc actually has an established set of rules. The goal of the game is to have a hand with the value closest to +/- 23. Standard 60 card all have positive values, while the remaining special cards each have different negative values.

Throughout the movie franchise, you can see several variants of the game, with tournaments organised all across the galaxy. Unsurprisingly, you can buy this game here on earth as well.